Hasidic Jew - The History, Culture and Lifestyle of Hasidism

The Hasidic Jews beliefs and practices date back to the Eighteenth century. Hasidism - the Hasidic Judaism movement was founded by Rabbi Israel Baal Shem Tov. There are many mystical stories surrounding his great personality. Hassidic Jews tell over a very interesting story on the birth of the founder of Hasidism Rabbi Israel Baal Shem Tov. His father Rabbi Eliezer was a very pious Orthodox Jew, who together with his wife Sara was childless till close to age 100.

Hasidic Jews relate the story further. The Satan argued that he wants to test R' Eliezer if he will take in as a guest even poor and dirty person. The court of heaven agreed. The Satan dressed up as a poor person dressed in rags and dirty from head to toe. He had a terrible body odor and knocked on the door of R' Eliezer and asked if he can stay there. R' Eliezer and Sara agreed. He asked for food, and behaved in a very immoral fashion. He asked for more and more food and later requested to sleep in R' Eliezers bed. All his needs were fulfilled.

As soon as the Satan returned to heaven, the heavenly court decided that he must be rewarded. Hasidic legend goes that it was decided in heaven that Sara give birth to a son with a holy soul, a soul that merits to come on earth only once in a thousand years.

As Rabbi Yisroel grew older he looked around on his fellow Orthodox Jews. He looked around and saw many of them very broken hearted and upset with their Judaism. He started to go around to towns and villages where Orthodox Jews lived, and taught Hasidic Jews Beliefs. He explained the love of Hashem (God) to every single Jew, the importance of love to every fellow Jew, and the vision of doing every commandment of Hashem with great love.

R' Yisroel, or as Hasidic Jews call him the Baal Shem Tov (the man with the Great Name) starting gathering around him many followers. This is when the Hasidic Judaism movement started. It was at the beginning of the eighteenth century that he started gaining followers in the thousands. 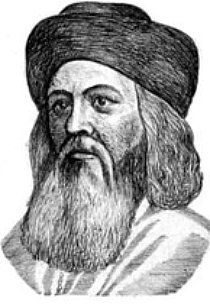 Many many stories are retols by Hassidic Jews on the divine power of R' Yisroel. His blessing worked wonders. Childless parents were blessed with children, the sick were healed and the lost were found through his blessings. Even gentiles came to him for his blessing. He would be able to say what's happening on the end of the world, and tell in advance on upcoming events. His followers and Hassidim today believe in him as heavenly divine sage.

You can't define Hasidism without elaborating on Hashguche Pratis. In fact Hasguche Pratis had a major impact on the future development of Hasidic Jews Culture. The Baal Shem Tov taught his followers that every straw that falls from a wagon has an exact address where and how to fall, all guided by Hashem (God). The strong belief and emphasis to rely on Hashem on every small detail led Hasidim to lead their own life without worrying for the future. For Hashem (God) designed everything and has his great master plan. The baal Shem Tov stressed the need of love to Hashem. The love would be shown by praying with devotion for many hours, getting together and singing songs in praise for Hashem, learning Torah in order to give pleasure for Hashem and more. The bond between the Jew and Hashem, according to teaching of the Baal Shem Tov is strong, that it can never fade. Loving your fellow Jew is vital for your connection with Hashem. Achdus (living together in peace and harmony) is what makes Hashem give all goods for the Jews. Just like a father loves when his children live in harmony, Hashem loves when his children live in harmony and peace. The many Chesed organizations today, that were founded by Hasidic Jews in New York and elsewhere, is all a result of this teaching of Ahavas Yisroel. Hashem hates when his children are upset. When a Jew cries - Hashem cries with him. It is therefore very important to always be happy, do Mitzvos with happiness and Learn Torah with happiness. There are many Hasidic Jews customs that reflect happiness. Gathering on every holiday and dancing, helping each other with a smile and much more. Hassidism developed in being a very happy culture as part of this teaching.

At the outset of the Hassidic Jewish movement there was great opposition. Many great Jewish leaders were against the teaching of the Baal Shem Tov and his followers. They feared that it is a start to a shift away of authentic Judaism. They looked at it as a beginning of a new movement, somehow like reform or Conservative Judaism that later developed. These fears turned out later to be baseless, as the Hassidim devoted their life to even stricter Orthodox Jewish standards. You can read more on the history of the opposition to Hassidism here.

As Hasidism progressed it started becoming more organized. It developed into multiple streams and sects, all of them following the basic teaching of the Baal Shem Tov. It's hard for someone that isn't a Hassid to understand the many differences. There are a few dominant sects within Hassidic Judaism.

Chabad - Lubavitch, founded by great Rabbi Schneior Zalmen of Liadi, a disciple of Rabbi Ber of Mezritch, a disciple of the Baal Shem Tov. Their latest leader was Rabbi Menachem Mendel Schnierson, who was a leader of thousands of Hassidim. Lubavitch Hassidim are especially for their outreach for every Jew to bring him to Orthodoxy. One of the great projects of the Lubavitch Rabbi was Shluchim, emissaries. Lubavitch Hassidim have thousands of Bait Chabad (centers for hospitality and Judaism) all over the world. They are also known for their great love for the land of Israel and having political right view opinions in Israeli politics.

- Lead by late Rabbi Yoel Teitelbaum. Rabbi Teitelbaum was the one of the greatest Rabbis to rebuild Hassidism in New York after WW2. He revived Hasidic Jews in America. Most Brooklyn Hasidic Jews are from his followers, of influenced by them. He also known for his strong anti- Zionist views. He believed that the Jews are not to have their own State before the coming of Messiah.

Breslov. Breslov Hasidim believe in Reb Nacmen of Breslov, a grandson of the Baal Shem Tov. They don't have a leader today, only so called Mashpi'im (influencers). They practice Simcha (hapiness), love for every Jew and all other principles of Hasidism. Reb Nachmen added to Hasidism the importance of Hitbodedut - standing alone with Hashem (God). They Breslov Hassidim will lock themselves in a room or go out in the woods and communicate with Hashem.

Return to the top of the page

Have something interesting to say about Hasidic Jews?

Back to Hasidic Jew - home

Have your say about what you just read! Leave me a comment in the box below.